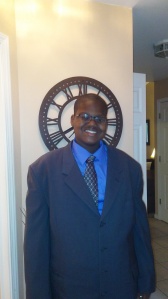 I don’t know when I really began to notice that he was growing up very fast. But he did grow fast, to me. So, I expressed it to his pediatrician at the time. “Doctor, he is very tall for his age,” I said.  The doctor looked up from his notes at Jonathan’s year physical and replied, “And…”

I felt silly. He told me that there was nothing I could do about what inherited or genetic. If he’s tall, he’s tall. Well, that was when he was about 6 years old. In these pictures, he’ll 11 years old.  He had the distinction of being the tallest boy in his school. Why, when a real bona fide lumberjack came to the 4th grade classes and took pictures with them, my Jonathan was taller than the lumberjack!

I read an online article regarding children on the spectrum growing taller and weighing more than other children without their challenges:

There is always something to smile about where Jonathan is concerned:

For the time being, I will enjoy my big boy and continue to teach him so that he will be able to survive in this world. He is not aggressive, nor is he timid. He is Jonathan and as he begins to process his surroundings I anticipate and expect for him to master his environment with courage and strength.